CompactDAQ and CompactRIO systems are built for the harsh environments of distributed and remote metering. They consist of a module chassis, an integrated or external controller, and removable I / O modules. Systems are programmed graphically in LabVIEW.

CompactDAQ and CompactRIO systems are offered in various modifications, differing in size, performance, and connections. They are equipped with a wide range of additional measuring and network equipment and allow you to build flexible distributed and autonomous measuring systems. 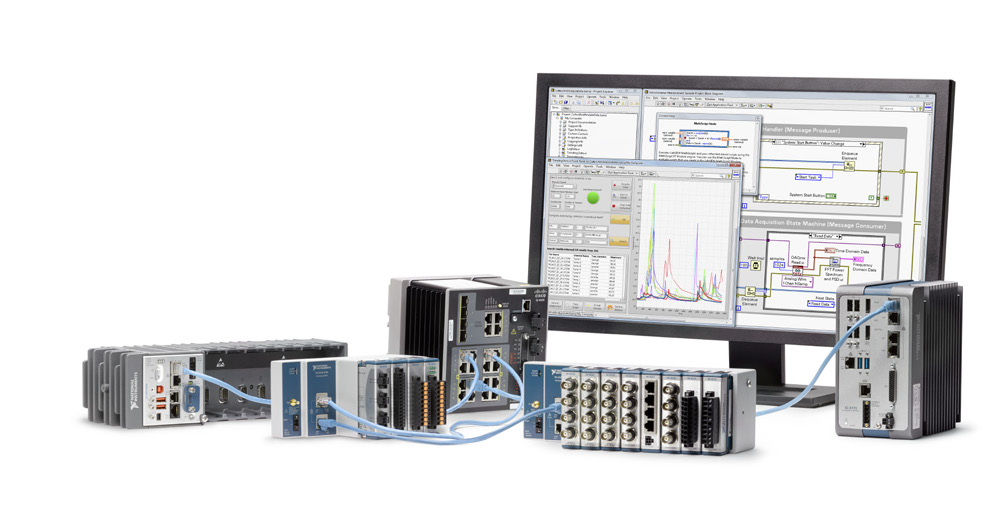 Time Sensitive Networking is an evolution of the Ethernet standard, which includes special features for time synchronization, prioritization and scheduling of traffic, and system settings. TSN does not require additional connections and greatly simplifies the design of distributed systems that require deterministic and coordinated work of critical nodes simultaneously with the transfer of large volumes of traffic. 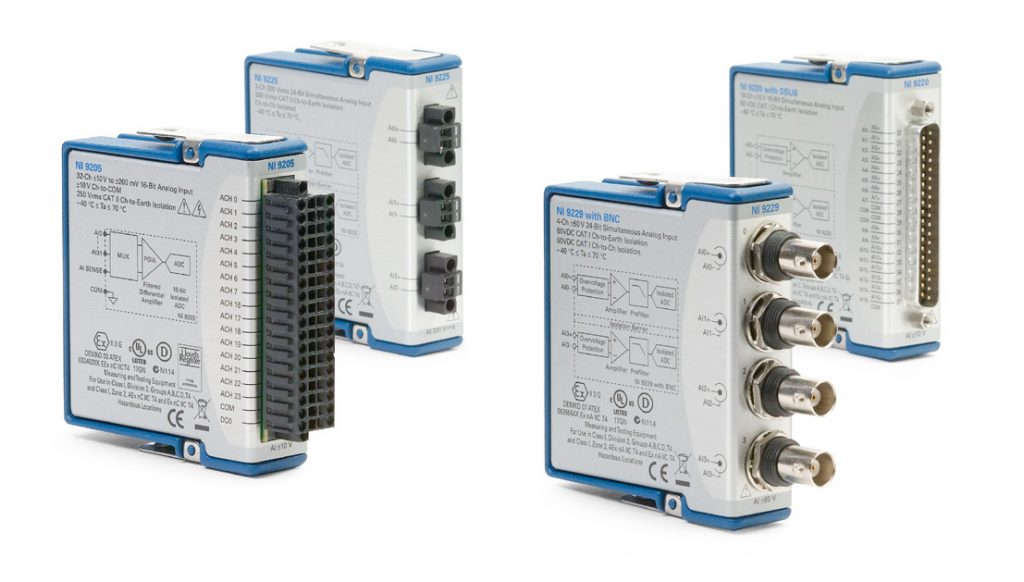 CompactDAQ and CompactRIO systems use the same specialized modules intended for direct connection of signals from sensors, actuators, and digital communication lines.

The MDK kit allows third-party developers to create their own unique C series modules, both for their own needs and for commercial development. 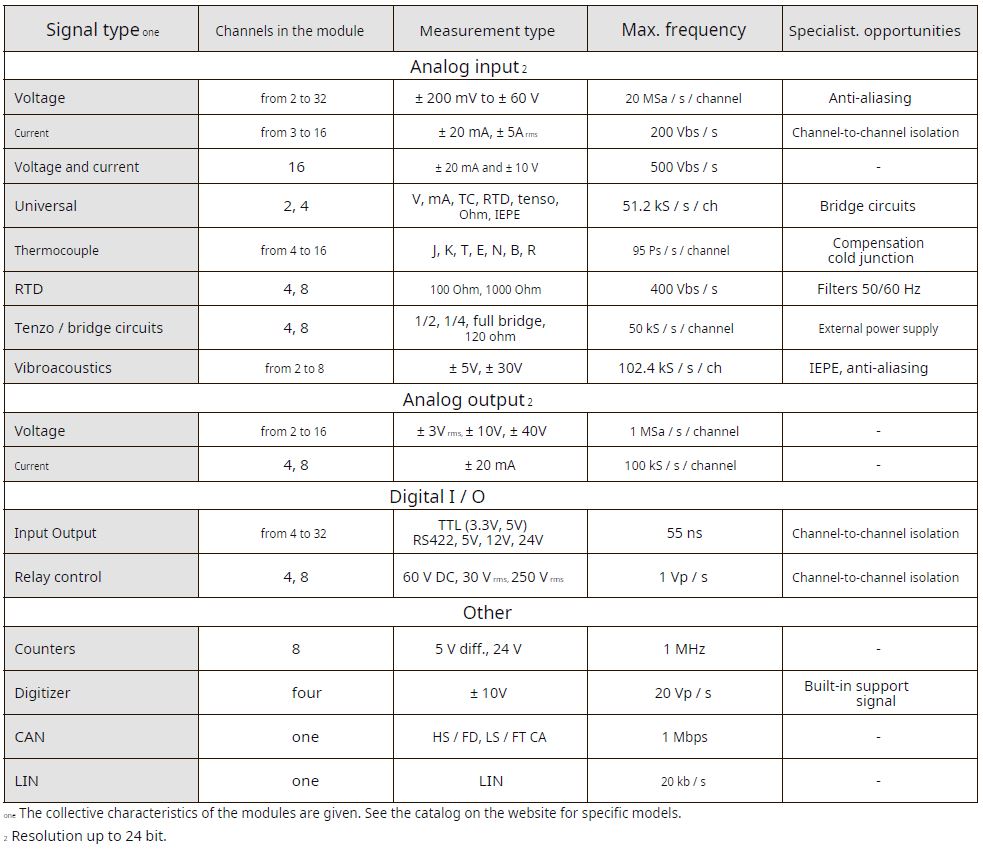 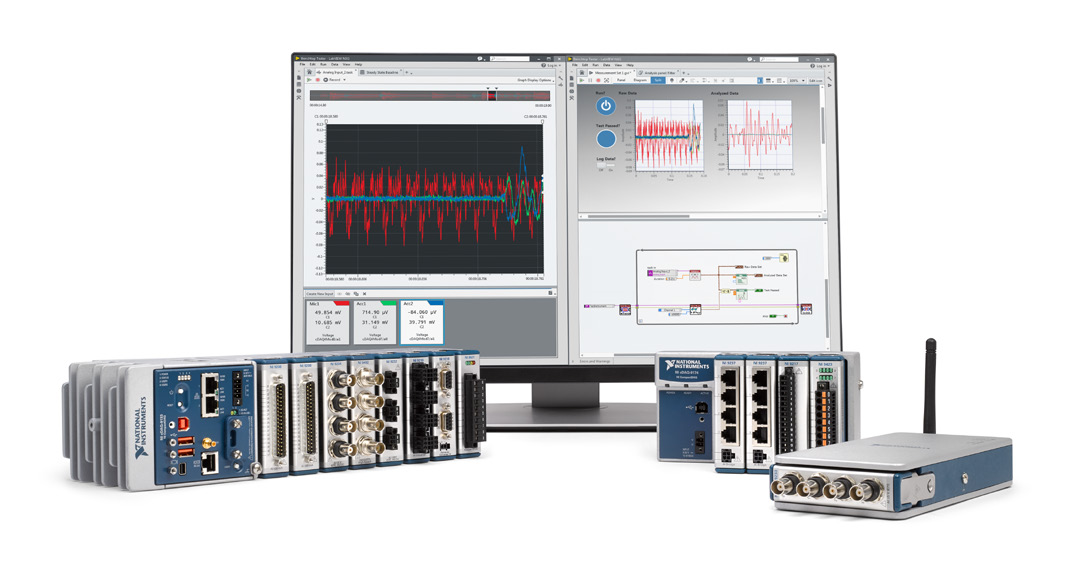 CompactDAQ modular systems inherit the simplicity of USB and PCI DAQ devices and are programmed using the same DAQmx APIs and LabVIEW palettes.

C Series plug-in modules with built-in signal conditioning are installed in the chassis and connect analog and digital signals directly to the CompactDAQ system.

CompactDAQ is effectively used for tasks of all sizes: from small portable systems to large stands with hundreds of channels and intensive signal processing.

CompactDAQ controllers / chassis accept 1 to 14 modules. They are connected to the host computer via USB for the easiest organization of measurements from a PC, via Ethernet for wide range of distributed systems, or via WiFi for wireless access.

1Listed are selected models from those available; for a complete list, refer to the catalog on the website. 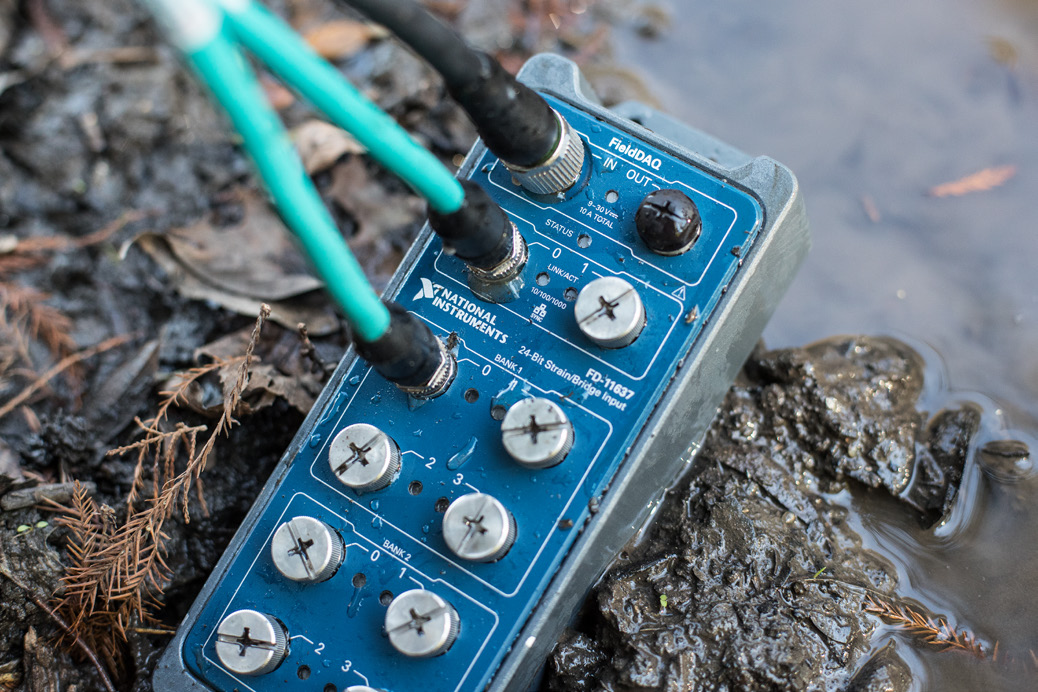 Rugged FieldDAQ modules are designed for data collection in harsh environments in close proximity to sensors. They are IP67 protected, withstand shock loads up to 100 g and vibrations up to 10 grms, and provide accurate measurements in ambient temperatures ranging from -40 to +85 ºC.

Communication up to 1 Gbps and synchronization up to 1 μs of FieldDAQ systems relies on Time Sensitive Networking (TSN). The systems are daisy-chained, are supported in NI-DAQmx, LabVIEW, and FlexLogger, and can be extended to CompactDAQ and CompactRIO systems. 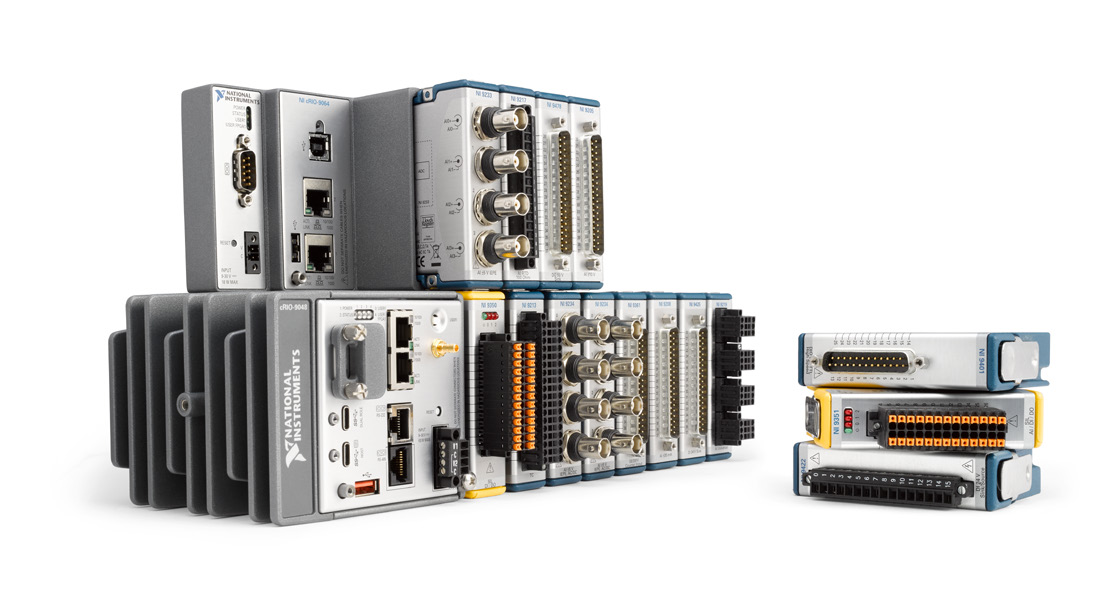 CompactRIO systems solve measurement and control tasks that require instantaneous measurement response and dedicated built-in signal processing. In CompactRIO, the C-series modules are connected directly to an open for programming FPGA in the chassis, and through it to a powerful controller running the NI Linux Real-Time operating system.

1Listed are selected models from dozens of available ones; for a complete list, refer to the catalog on the website.

This enables rapid deployment of systems for long distance and accurate timing applications such as monitoring pipelines, tracks and tunnels or intelligently collecting data from hundreds of remote stations.

In the Remote I / O format, analog input and output modules for current and voltage, and digital I / O modules are available.